Due to the pandemic situation, cultural institutions will have to remain closed until probably Easter. So also our theater remains closed, unfortunately. But we want to stay in touch with you and have therefore developed some offers:

Next play time Thursday, 11.03.202120.0021.00
We have let go of the old, we have changed within ourselves. The interactive-performative journey in digital format that we embarked on with MOON MUSIC is now coming to a close. And this conclusion will be a very special one, because it does not end anything. Instead, we venture a new beginning....

A study of loneliness by Ulrike Schwab and Juliane Stadelmann with music from Paul Lincke's Frau Luna, newly arranged as a radio play. 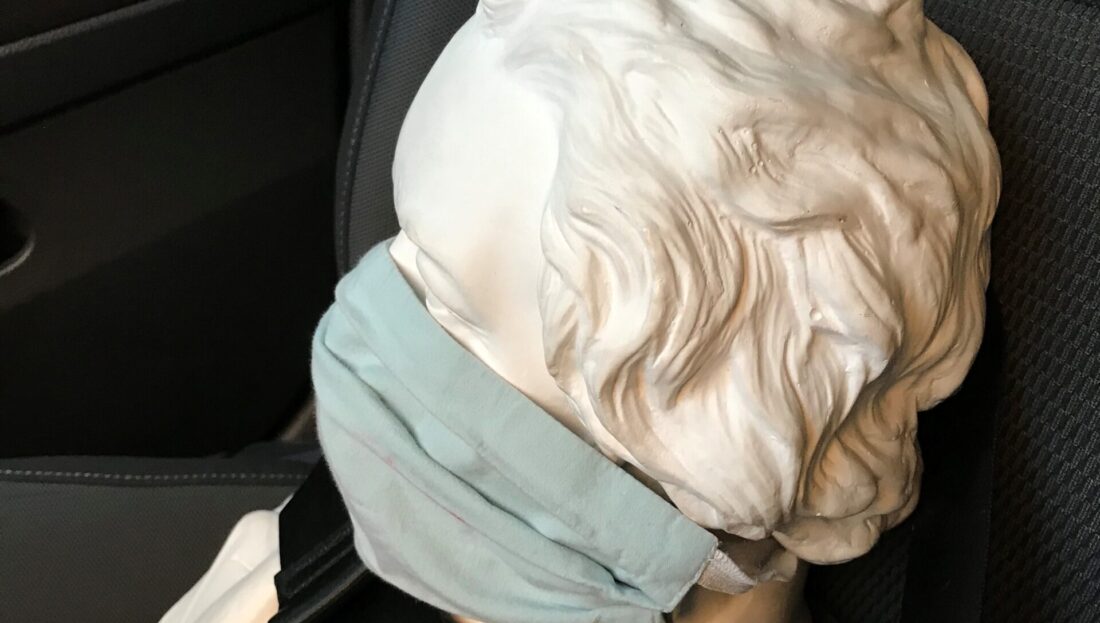 ... find all information on cancelled and postponed shows, ticket cancellations and how to support us here! 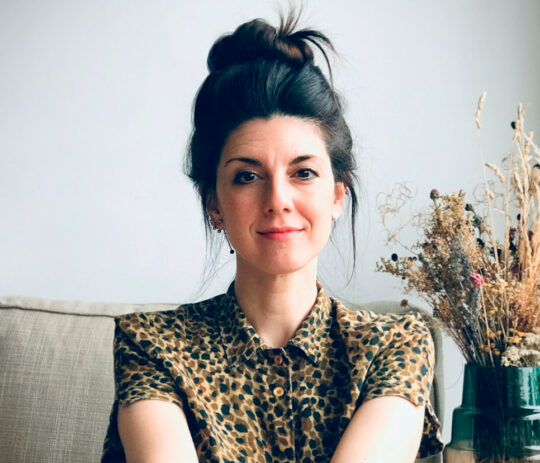 Do you still remember the electro-acoustic satire of the EU knight on odyssey through the EU’s control centers? Go, ÆNEAS, go! by Spin Off Collective won the Berliner Opernpreis in 2014. Composer Raquel García-Tomás was part of the award-winning collective at the time, and her works are now performed in opera houses, concert halls and theaters from Luxembourg to Argentina.

END_OF_DOCUMENT_TOKEN_TO_BE_REPLACED 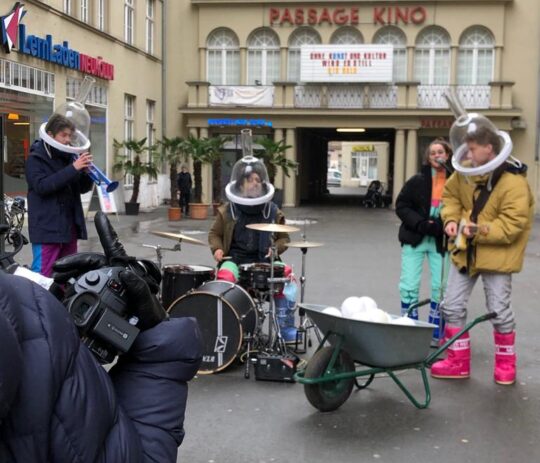 With the series MOON MUSIC, together with the STEGREIF.orchester and the Prinzessinnengarten Kollektiv Berlin, a three-part music-theater-film-experiment started, which touched 200 people in the first part, even though each*one was in very different places. Our musical metamorphosis is about the fantastic goal to save an old king in times of cold, insecurities and distance …
(or maybe not), to find spring again and finally to dare a new beginning. But before this “new start” can then take place in March in the third part, the preparations must first be made – as in real life:

MOON MUSIC 1 – Farewell: The people behind the computer screens let go of their worries and troubles and handed them over to us. In the second part we will now de-care them….

MOON MUSIC 2 – Transformation: While in the times of the C. the previous theater making is almost impossible, it does not let us go. In the current times, new rules apply in all areas of life and so it is time to rethink the rules for creating musical theater as well. We are currently working on a new music theater-concert-interaction hybrid. And we are looking forward to shooting some crazy scenes with our “STEGREIF.band” in the streets of Neukölln for two days at the beginning of February.

The four-piece ensemble (consisting of singer Marine Madelin the STEGREIF musicians Konstantin Döben (trumpet), Bertram Burkert (guitar), Antonio Rivero (percussion)) has taken it upon itself to carry the burdens of the first group up the mountain and deliver them to the holy place between death and life on Hermannstraße.

For the again interactive digital concert will then take place on February 10 and 12 in the Kiezkapelle at the New St. Jacobi Cemetery near the Prinzessinnengärten.

And again we will ask questions to the audience – this time about transformation, because only together we can take this journey. And only if each individual – whether musician or audience member – is ready for change, can a greater change be achieved socially, ecologically, politically.

MOON MUSIC 3 – New Beginning: In March we will rehearse a change with spring and for a new time.

END_OF_DOCUMENT_TOKEN_TO_BE_REPLACED 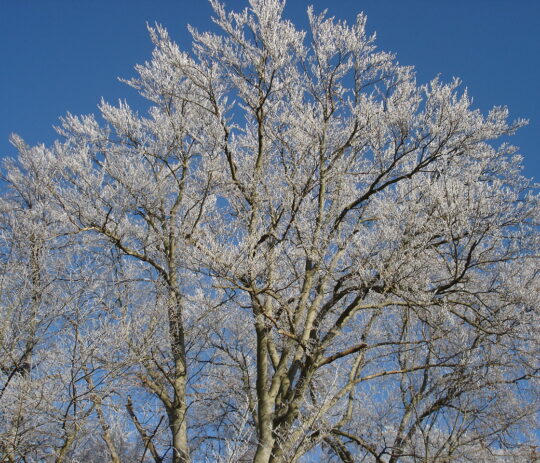 While the pandemic does not allow for theatrical performances for good reasons, we still want to make good use of the time to be able to meet or stay in touch with you in other ways: We are working on transforming our productions into partly digital, partly hopefully surprising live formats. More about this soon!