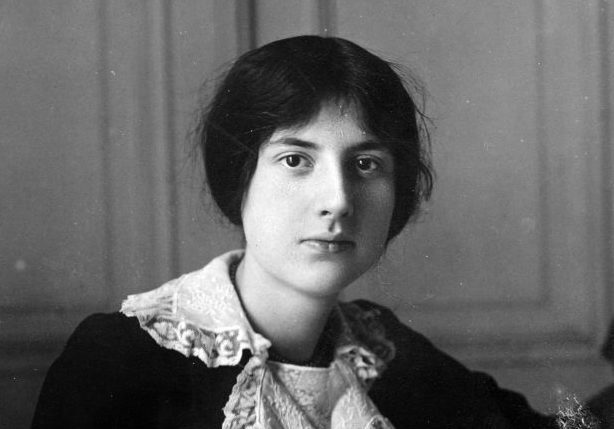 In 1913, Lili Boulanger became the first woman to win the Prix de Rome in composition. The road to get there was not easy:

But it was not only her body that made her vocation as a “female composer,” as she called herself, difficult. Social conditions also posed hurdles for her creative work.

“Let there be no mistake: the victory is hard earned,” wrote Emile Vuillermoz for the magazine Musica in 1913. “It was not that the jurors chivalrously gave her first place. On the contrary, they dealt with the 19-year-old girl even more severely than with the other contestants. The jury’s misogyny was well known. The entry of an Eve into the earthly paradise of the Villa Medici was feared by certain patriarchs as a total catastrophe.”

Many of Lili’s male competitors had applied five or even seven times by then, and were beginning to feel uneasy about the threat to their chances, as Vuillermoz described the Prix de Rome 1913 exam situation: “Bent over the necks and necks of their horses like jockeys, they sat at the piano as bold composers, giving spurs to their accompanists and waving excitedly and with dramatic expressions in the direction of the performers.”

Lili, on the other hand, spread calm and clarity, acted “attentively and lovingly together with her sister, who sat at the piano,” and in Vuillermoz’s words, “the listeners felt something of the sublimity of the eternal feminine.”

The debate about “the feminine” and “the masculine” in composing has a centuries-old tradition – in which women’s ability to compose was mostly talked down or denied, well recognizable in the example of Fanny Hensel. She had received just as qualified a musical education, including composition lessons, as her younger brother Felix Mendelssohn. Her father, however, suggested to her that music should always be “only an ornament, never the basis” of her “being and doing,” and finally appealed to her good nature and reason, because “only the feminine adorns women.

While even as late as 1961 the president of the Mozarteum in Salzburg questioned whether women were allowed ” that look into the abyss that men like Beethoven did in order to be able to testify about the last things […] “, the music creation of women moved into the focus of music history research at the latest as a result of the 2nd wave of the women’s movement of the 1970s, recognized and named female composers and their works.

But how much has changed in the 21st century?

The numbers speak for themselves. Although the number of top 50 female composers almost doubled between 2016 and 2019 – from 7 to 13 – the overall balance remains disillusionning:

There is an almost complete lack of role models for girls who compose, even in school lessons. 30 Women are now slowly making their way into concert halls, including Clara Schumann, Lili Boulanger and Ethel Smyth. 13% of contemporary works performed by major orchestras worldwide are by women. While in Sweden it is 37% and in Great Britain 17%, in Germany only 5% of major concert pieces are written by women.

Lili Boulanger never let herself be instrumentalized by feminist currents, did not fight side by side with the first women’s movement of the suffragettes like Ethel Smyth, and yet she can be seen as an important influence on women’s musical work. In just 7 years she created an oeuvre of 50 works that are still heard over and over again today. She lived composing as a “female composer” – consistently until her last breath.

Today, on International Women’s Day, let us celebrate all those composers who, despite all the sexist discrimination they still face today, leave great music in the world.