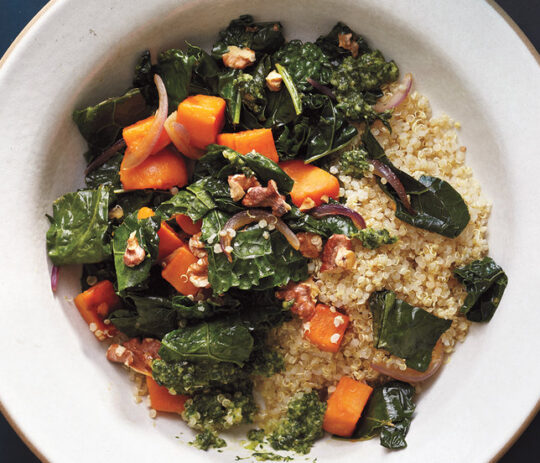 What do you think about climate change, our Earth and our role in it? In order to be able to experience yourself even differently, we invite you to three “explorations” in the sense of Citizen Science in the framework program of NEUE LIEDER VON DER ERDE in October and November 2022:

Krisenklänge – Küchengespräche
October 29, 2022, following the performance (7 – 8:30 p.m., vegetables to be delivered by 6:30 p.m.).
Conversations over dinner and music with Dr. Manuel Rivera and artists* from New Songs from the Earth.

Tablet game on living and acting in times of climate change

A Participatory Collection of the Anthropocene. Four workshops on new stories for a new Earth age.

We bid farewell to our musical director Hans-Peter Kirchberg in his well-deserved retirement – after more than 1,500 performances (100 of which were premieres) in his 30 years of conducting at our house!

Since 1992, HP Kirchberg was responsible for the development and musical direction of a wide variety of works – numerous musicals by Peter Lund and composers (including the genre-defining WUNDER VON NEUKÖLLN or the award-winning STELLA. DAS BLONDE GESPENST VOM KURFÜRSTENDAMM) as well as chamber operas (e.g. ANGELA – EINE NATIONALOPER im U-Bahnhof Reichstag) or the realization of the award-winning works of the BERLINER OPERNPREIS.

HP Kirchberg has been honored for his work with, among others, the “Silberne(n) Blatt” of the Dramatiker-Union, which has also been awarded to such greats as Volker Ludwig, August Everding, Helmut Baumann and George Tabori.

This is what his companions say:

Winfried Radeke, composer and inventor of the Neukölln Oper:
“He became my right hand, so to speak. Without him, many, many performances at the Neukölln Opera would not have been possible.”

Bernhard Glocksin, Artistic Director of Neuköllner Oper:
“The Neuköllner Oper stands for genre-spanning musical theater and was fortunate to have found a true generalist in HP Kirchberg, who was a guarantor for the high musical quality of the performances. We thank him from the bottom of our hearts for his commitment and work, which, so to speak, spans generations of singers* and musicians*.”

END_OF_DOCUMENT_TOKEN_TO_BE_REPLACED

The concert film for our joint production was made last late summer, when we adapted our successful production GIOVANNI. EINE PASSION together with the Stegreif Orchester adapted for a real (Neukölln) cemetery: A total of 18 cameras were in action in the Prinzessinnengärten at the New St. Jacobi Cemetery. Among them were body cams attached to the performers, bringing you right into the middle of the action, on the trail of the myth of Don Giovanni. The 70-minute film by Stephan Boehme was made in cooperation with EuroArts and rbb – and can now be found in the ARD Media Library.

For those who want to experience the Stegreif Orchester live, we also recommend our third joint production: NEW SONGS FROM THE EARTH will premiere on Saturday, October 15, 2022!

END_OF_DOCUMENT_TOKEN_TO_BE_REPLACED

“Best Arrangement” for PARADISE LOST – THE GENESIS OF MUSICAL (from 28 November back on our stage!)

END_OF_DOCUMENT_TOKEN_TO_BE_REPLACED

It took three years, but now the time has finally come: KOPFKINO- DER FILM is experiencing its public premiere after an extremely successful festival tour. And it’s happening in the cinema just around the corner- on your sofa and your screen!

We’ve been trying to get an official theatrical release for three years, but thanks to Corona, it’s totally utopian right now. Bad luck for our multi-award winning film, good luck for our audience.

Starting today, KOPFKINO is available for six weeks, live and in color. So get the champagne bottle out of the fridge, pop some popcorn in the microwave, go to Vimeo and enter your password:

END_OF_DOCUMENT_TOKEN_TO_BE_REPLACED

That our societies – interconnected and therefore in the plural – are in the process of transforming themselves is something we feel more and more intensely. That the directions of these transformations are often not yet “right”, that they are not sustainable, we mostly feel and know that too. Nevertheless, we repress the fear that the climate and species crises cause us instead of turning it into courage to act. Our anger flares up without us gaining political energy from it. And the many who are already working on the future still feel isolated. Art and entertainment venues can literally show that you can look good with less material and energy consumption, for example by consistently recycling stage sets – as the Neukölln Opera has been doing for years. Die entsprechende „Ökologisierung“ der Kulturbetriebe steht erst am Anfang; wir dürfen auf den weiteren Weg gespannt sein. It is at least as important that artists open themselves and us to socio-ecological topics, involve us in their contradictions and entertain us by confronting our knowledge and feelings instead of repressing them. The Neukölln Opera is treading this path of openness (among others) with its NEW SONGS FROM THE EARTH – and also makes me, as a sustainability scientist, quite curious.*

As a much sought-after expert at the interface of sustainability research and artistic practice, Dr. Manuel Rivera has accompanied the music theater project NEW SONGS FROM THE EARTH from the very beginning. On October 29, following the performance at the musical-culinary evening Crisis Sounds – Kitchen Talks, he will talk with colleagues from the IASS and the audience about the perspectives that arise from NEW SONGS FROM THE EARTH. All information about the evening and registration can be found here.

*This text appeared in print in the NKO Playbill October-December.

A Project by Neuköllner Oper and

END_OF_DOCUMENT_TOKEN_TO_BE_REPLACED

A little taste of Volkslied 3000. The Concert by Alin Coen and Max Prosa and “Vergiss mich nicht”, their song based on AI-generated lyrics:

END_OF_DOCUMENT_TOKEN_TO_BE_REPLACED

The mountains, an oil rig, the desert….three places in our plays that stand for a desire to explore the world and for a world of change, and thus for the themes and artist* teams in the 22/23 season.

END_OF_DOCUMENT_TOKEN_TO_BE_REPLACED

… about the winners of the composition competition, who can be heard live at the Kommen und Gehen Festival in Görlitz on August 21 and at VOLKSLIED 3000. Das Konzert on September 3, alongside commissioned compositions by Max Prosa & Alin Coen, Die Grenzgänger, João Oreccia and Tonia Reeh.

as well as the special prize winner

From tonight on there will finally be dancing around the golden calf again at PARADISE LOST – THE GENESIS OF MUSICAL in front of a sold-out hall, thanks to the spontaneous stepping in of Fabian Grimmeisen and the further commitment of Nathan Johns!