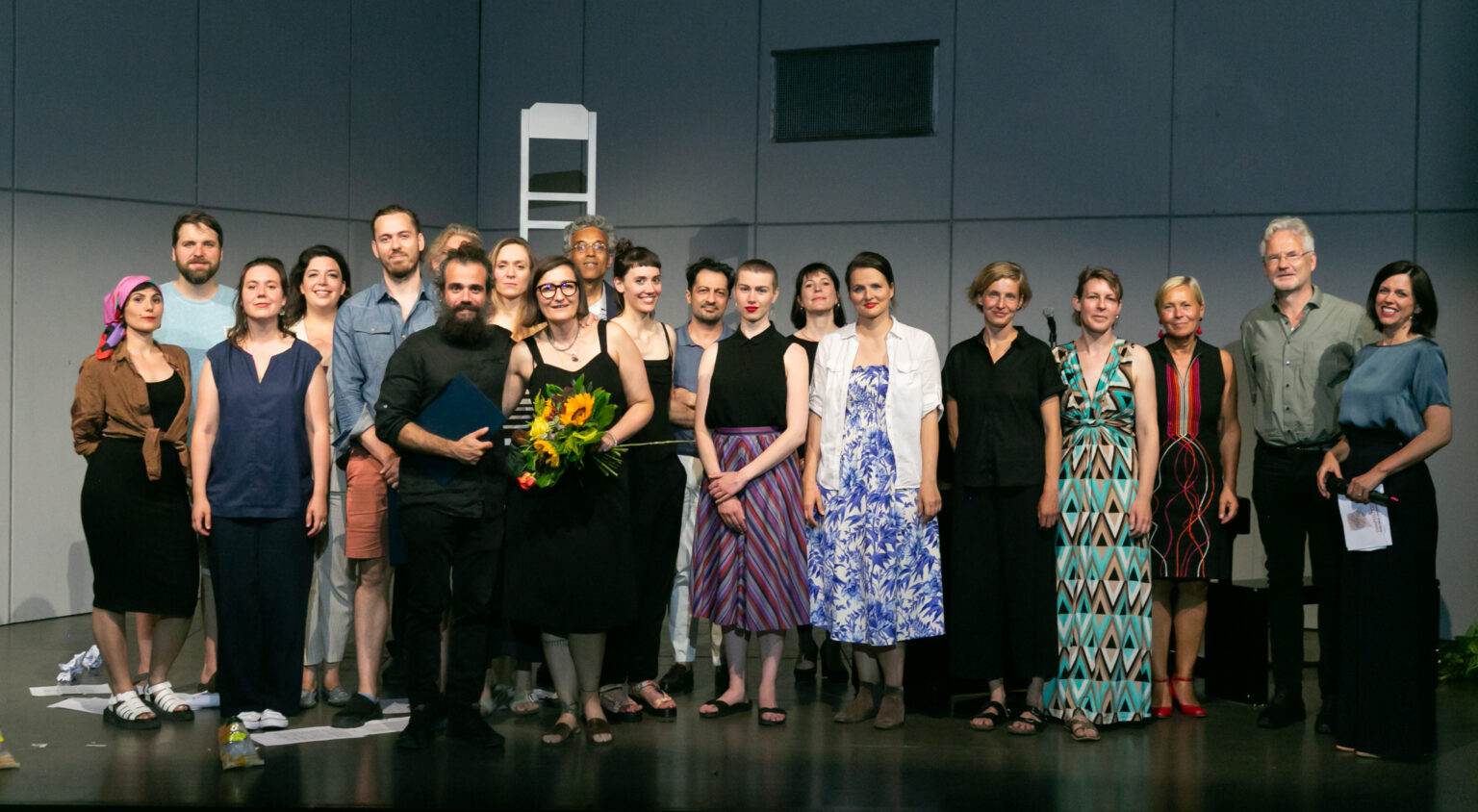 The winners of the BERLINER OPERNPREIS comPOSITION, the competition organized by Neuköllner Oper and GASAG since 1997, have been announced:

The winning works were premiered yesterday in the Kulturstall of Schloss Britz and subsequently evaluated by the jury.

The productions can be seen again on June 24 and 25 at Kulturstall Britz.

The two award-winning works stage the short stories by Ferdinand von Schirach in a moving way. Ein hellblauer Tag/ A Light Blue Day takes us into the inner worlds of a wrongly convicted child murderer and to the origins of Greek theater from cult and intoxication. Subotnik combines current play styles in a virtuoso way and draws a moving portrait of the failure of the young female criminal defense attorney who wants to live up to all expectations

Bernhard Glocksin, Artistic Director of Neuköllner Oper and one of five jury members

The future lies in the next generation. Nothing could be more obvious than offering young talent a stage to try out new things. And with the Neuköllner Oper, we have had the perfect partner for this for 25 years, because it is experienced and established. So this year we are celebrating our silver wedding anniversary, another good reason to support the Neukölln Opera in providing space for talent and innovation.

Georg Friedrichs, Chairman of the Management Board of GASAG on the longstanding cooperation between Neuköllner Oper and the company.

With the BERLINER OPERNPREIS 2020/22, Neuköllner Oper and GASAG challenged young composers* to move out of the art bubble of a so-called “new music” and towards an exchange with society and its different musical languages.

The importance of such socially relevant music theater is underlined by the first-time support of the Federal Agency for Civic Education and the Theater Freiburg, which will offer the first-prize winning team further collaboration.