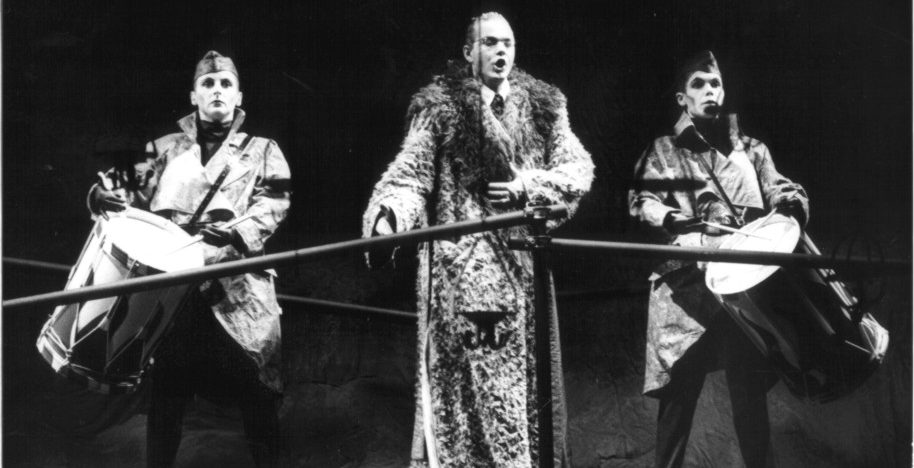 The beginnings of the Neuköllner Oper go back to the year 1972, the association was founded in 1977, rehearsals and performances were held in various churches until 1981, and since 1981, when project funding was introduced, a factory floor was used and performances were held at all the usual theatre venues. In 1988 the Neuköllner Opera House got its own theatre with the ballroom of the Passage Neukölln.

Today, the Great Hall can seat up to 220 people and the studio stage up to 60. The Neuköllner Opera was founded by the composer and church musician Winfried Radeke.

In the early days, the repertoire included pieces that were not performed at all or were performed in an unquestioned form at the great houses of Berlin, such as Der Kaiser von Atlantis by Viktor Ullmann or Die Nachtschwalbe by Boris Blacher, but also world premieres such as Die Vögel nach Aristophanes (text/music: Winfried Radeke).

In 1996 Winfried Radeke brought the director and author Peter Lund into the artistic direction. With works such as Das Wunder von Neukölln, Babytalk, Elternabend or Stella, he made the house internationally known as a trendsetter in the field of new German musicals.

Peter Lund was succeeded in 2004 by the dramaturg and author Bernhard Glocksin, who is committed to opening up the house to new ways of performing, a radical questioning of the opera repertoire and the international orientation of the house.

Today the Neuköllner Opera House is directed by a three-member board of directors (Andreas Altenhof, Bernhard Glocksin, Laura Hörold) and develops 8-10 world premieres per year.

The Neuköllner Oper has established a firm place for itself in the rich cultural landscape of Berlin, not least through its numerous cooperations (including the course of study Musical/Show of the UdK Berlin since its foundation in 1997) and author competitions (Berlin Opera Prize – donated by GASAG, also since 1997, and the Zaimoglu Writers’ Academy).

The three previous artistic directors describe here their view of our house (written down on the occasion of its 40th anniversary in November 2017).