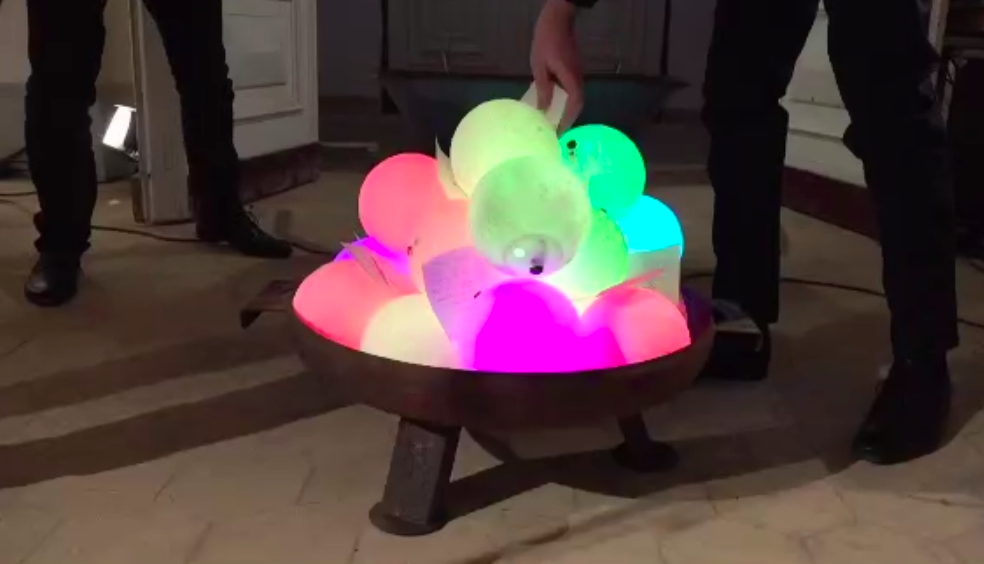 Three months, three pieces – with the three-part music theater series MOON MUSIC, the Neuköllner Oper has started the year 2021. While culture has been at a standstill in the analog space since November and will presumably remain at a standstill in the coming months, we have set everything in motion to ensure that music and theater can continue to take place.

Within a very short time, a digital format was developed from the planned music theater performances directed by Selina Thüring, which was able to touch us, the musicians of the STEGREIF.orchester and last but not least a digital audience of almost 600 people in real terms.

For the journey that we would have liked to take together outside, we were now able to bring into the living rooms and thus, as it were, into the very close privacy of the viewers. A journey that still has to take place every day on the inside, in order to better perceive and protect that which surrounds us.

The path therefore took leave of the noise and air of the city and transformed the protagonists*, who were able to set out with strength and courage in search of a new beginning in one of the last free green spaces in the city: the New St. Jacobi Cemetery and the Kiez Chapel. Here – right next to the vibrant Tempelhofes Feld – death and life lie very close together.

But both places have been rededicated to their original purpose for a few years now. The former funeral chapel has become a place for living culture. And the cemetery, through the Princess Garden Collective, has become a place for independent care and, not least, for communal exchange in planting herbs, vegetables and fruit.

And so the hope in the narrative of the multimedia music theater experiment MOON MUSIC ties in with very real processes of change in society – combined with the hope of an imminent reawakening of a living cultural landscape.

Because one thing is certain: our next music-theatrical excursion to the Princess Gardens will take place live and in the flesh with you! More about that after the cultural-political beginning of spring!

All information about our hygiene and safety measures can be found here.